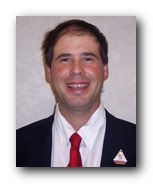 23 Optimists from the Optimist clubs in the Alberta Capital Region Zone attended the 4th quarter Zone meeting on Saturday, September 17th, at the Leduc Legion, hosted by the Leduc-Black Gold Optimist Club.

Lt. Gov Trevor thanked everyone who helped him throughout the last year and presented Tim Horton coffee cards. The Presidents in turn congratulated him on a successful year. 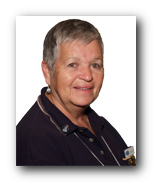 Opt Peggy identified that we need Membership Maintenance and handed out M&M’s candy to promote this.

Opt Peggy also introduced the concept of getting all the Zone clubs to participate in a Zone community service project and write a multi-club CPA.  She introduced the “Give Care to Kids” project which is seeking to replace worn-out toys and items in both of the kids playrooms at the Stollery Children’s Hospital.

A delicious lunch of soup and sandwiches followed and our traditional horse shoe toss followed.
Posted by Optimist Gordon Welling at 8:46 AM